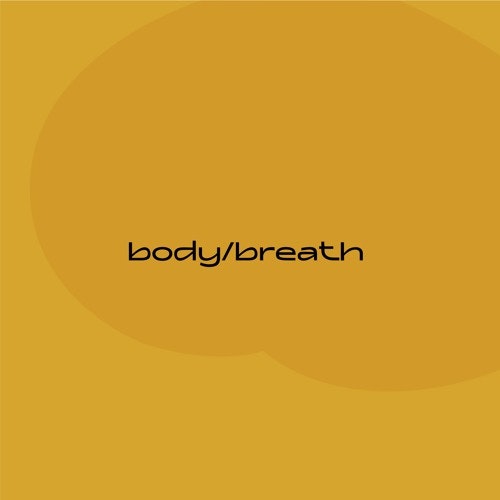 Body/Breath is a short excerpt from a larger composition called 'The Sound We Inhabit', which was developed and performed at Chisenhale Studios in 2019.

The work asks performers to listen and respond both to each other but also the space the piece is performed in. In 'Body' the performers were asked to play for five minutes, listening to the overtones in the room and play what they hear. The ‘feedback loop’ of resonant frequencies produced as a result makes the room itself audible. The sound becomes a temporary form that is inhabited by both the performers and audience together. ‘Breath’ asked the musicians to breathe in, hold and breathe out. As this was performed the natural rhythm of each performer’s breath became spontaneously synchronized, setting a tempo for the next movement of the work.Using both listening and making sound as a speculative tool, ‘The Sound We Inhabit’ asks us to re-situate ourselves in relation to each other and the architecture we all share.

Benjamin McDonnell currently lives between Manchester and London and graduated with a masters degree in photography from the Royal College of Art In 2017, with an undergraduate degree in jazz composition and performance from Leeds College of Music. Benjamin's work uses photography, sound and sculpture to raise questions around stability, support and structure. Drawing inspiration from sound, music and the built environment.

Selected for the Chisenhale Studio Residency in 2019 and by Outset Contemporary Art Fund for a residency in Vancouver supported by the British Council and Vancouver Biennale. 2018 studio residency and exhibition with PADA in Lisbon, Portugal, and was commissioned to make new work for Concealer, part of Peckham 24 photography festival. Benjamin's work has been shown internationally and is held in public and private collections. Benjamin McDonnell is a lecturer on the photography BA(hons) programme at Manchester School of Art.
www.benmcdonnell.co.uk